Neera’s first grassroots experience of rural India was with the day school for Adivasi children her mother set up near Kharagpur, West Bengal. That was also how she began to empathise with the lives of others, eventually transitioning from her investment banking job in the US to co-found Dasra in 1999, to accelerate social change by driving collaborative action among a trust-based network of stakeholders.

Neera leads Dasra’s ecosystem-building initiatives in the areas of Adolescents, Urban Sanitation, and Democracy & Governance and facilitates collaborative platforms by engaging donors, non-profits, government and other stakeholders. In 2016, she initiated the Dasra Adolescents Collaborative, an impact-driven platform that has united institutional funders, technical experts, government stakeholders from Ministry of Health and Family Welfare and several social organizations to focus on four key outcomes for adolescent empowerment.

She initiated and led the launch of the Dasra Social Impact Leadership Program with Harvard Business Publishing, a first-of-its-kind executive education program for social sector leaders in India. Internally, she has supported the analysis of over 70 Dasra sector reports on education, health and livelihoods, enabling over USD 44 million in funding for hundreds of social enterprises.

She has been critical in establishing partnerships with global leaders such as Harvard University, Stanford University, USAID, Omidyar Network and the Gates Foundation to push the boundaries of social impact in India. Closer to the ground, she has worked with Dasra's portfolio organizations such as Educate Girls, SNEHA, Sarathi and Aangan to refine their strategies and accelerate their growth by 10-20x.

Neera holds a Master’s in Business Administration from Harvard Business School and is an Indian Leadership Fellow with Anantha-Aspen Institute. She is a recipient of the Canadian Governor General's Medallion for her dedication to addressing India’s critical development challenges, and the Forbes Philanthropy Award in the Crossover Leaders. 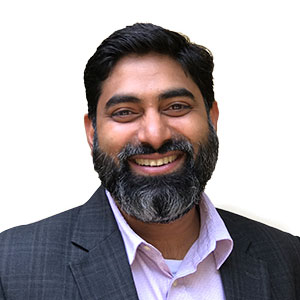 A couple of years into his first job at Morgan Stanley in New York, Deval realized he wanted to be in India, to focus on the lives of the many millions that live without dignity and equity. So the Texas-born investment banker packed up, came to Mumbai, and co-founded Dasra.

It’s very first workshop, for around 20 non-profit organizations working with children, was to support them in learning from each other – and this collaborative learning philosophy remains central to how Dasra functions even today - nurturing powerful partnerships among stakeholders across the spectrum – including government, donors, organizations, experts and the media.

Deval leads Dasra’s strategic philanthropy efforts, and provides foreign and domestic philanthropists with informed investment strategies for the social sector – keeping human lives at the center of all of its thinking. Since 1999, he has directed over USD 72 million to the Indian social sector; incubated and launched the Dasra Philanthropy Forum and Dasra Philanthropy Week; initiated the Dasra Giving Circle, India’s largest collaborative giving platform; and launched the Dasra Changemakers program, a peer-led learning platform aimed at inspiring philanthropists to take bold action to solve some of India’s most pressing problems.

Deval holds a Bachelor's in Business Administration with a dual Honor's degree in Business and Finance from the University of Texas, Austin, is a Cordes Fellow, and a founding board member of Magic Bus and Villgro. In 2014, he was awarded the Forbes Philanthropy Award in the 'Crossover Leaders' category for successfully transitioning from investment banking to the non-profit sector.

50% of girls have no knowledge about menstruation when they get their...

A future back, outcome-based pragmatic approach and collaborative investment are key...

Annual Report 2017-18 is based on the theme ‘Impact First - Prioritizing Lives in Philanthropy'.

For additional resources or media queries, write to us at pressqueries@dasra.org