About the model: The National Faecal Sludge and Septage Management (NFSSM) Alliance is a voluntary body consisting of 28 organisations that serves as a platform to build consensus and encourage discourse on Faecal Sludge and Septage Management (FSSM) at a policy level. The NFSSM Alliance provides a platform for members to share knowledge, enabling collaboration and learning among them, to work towards building FSSM solutions and solving India’s sanitation crisis quickly and effectively. Additionally, in an effort to share best practices within the sector and inform stakeholders, including government officials, the NFSSM Alliance creates and disseminates multiple knowledge products, including guides to FSSM, organisation profiles, video case studies and infographics. The NFSSM’s strength lies in its diverse membership, which includes research institutes, academic institutions, think tanks, quasi-governmental bodies, implementing organisations, data experts, consultants and field builders like Dasra. This multidisciplinary view of urban sanitation encourages members to build on each other’s specialised viewpoints. Multiple stakeholders from diverse disciplines coming together as a collaborative gives the Alliance credibility to make policy recommendations, be seen as a thought leader and take cohesive, evidence-driven action within the urban sanitation space.

Impact and scaling potential: The Alliance works in close collaboration with the central as well as state governments, to drive change at a policy level. One example of its influencing capabilities is its work with the Ministry of Housing and Urban Affairs (the erstwhile Ministry of Urban Development) to draft the National Policy on Faecal Sludge and Septage Management (NFSSM), which was launched in 2017. As of 2019, this policy led to as many as 19 states and union territories drafting state-specific FSSM guidelines. It also led to an increase in the number of operational FSTPs, which are approximately 32 at present, and states have committed to building approximately 400 FSTPs in the next three years, especially focused on smaller cities that lack any sort of sewage treatment. Additionally, funds worth approximately Rs. 7,800 crore have been allocated towards 176 FSSM projects across 25 states/UTs under AMRUT. More recently, the Alliance suggested revisions to the National Urban Sanitation Policy to include the provision of FSSM and gender considerations within Urban Sanitation. The Alliance has also closely advocated with the Finance Commission to submit recommendations for budgetary inclusion of FSSM under the 15th Finance Commission.

Philanthropic spotlight: The Bill and Melinda Gates Foundation is working to promote the development of safe, effective and affordable sanitation services by supporting more than 60 organisations in the urban sanitation sector in India. By supporting the NFSSM Alliance, the Gates Foundation was able to build a cohesive unit that creates a space for sharing insights and encourages collaborative action to achieve a common vision for the future. 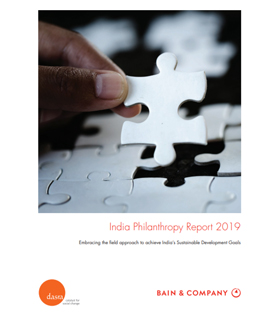 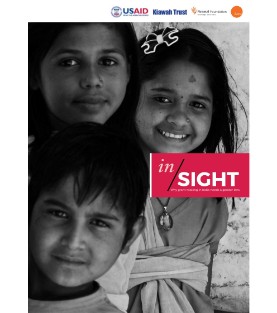 Men and women are disproportionately affected by social issues such as poverty, health, domestic violence or education. Understanding how a...